Beauty and the East for First Stop!

It’s a case of beauty and the East for the First Stop network, after it invested £20,000 in an eye-catching makeover at one of its latest independent partners.

Eastern Tyres, based in Fronks Road, Harwich, has undergone a dramatic facelift in an attempt to make first impressions last with more and more motorists.

The centre, which only became a First Stop member a matter of weeks ago, has been transformed since joining forces, with owners Paul Eagle and Troy Wrenn hoping to clip the wings of competitor garages in future.

“Joining the First Stop team is working out brilliantly for us,” said Paul. “We now have the support of a huge brand with links to Bridgestone and Firestone tyres, which gives us a lot of reassurance and confidence.

“The new signage is making the world of difference too. So many customers are commenting on it, and it does feel like the beginning of a new chapter for us.”

First Stop will also provide Eastern Tyres’ team-of-five with internal training on different areas of the aftermarket, including electric and hybrid vehicles, while availability of tyres and various products is never an issue, thanks to a dedicated retail manager who is on hand to put the wheels in motion.

Paul added: “The business has been here since 1997, but everything does feel very fresh and new for us right now. However, one thing that won’t change will be our levels of customer service.

“We’re a business with the local community in our hearts. Both Troy and I live in the town and a lot of our business comes from word-of-mouth. We will always offer a courteous, polite and honest service and that will never change.

“We can’t afford to let our standards slip and after joining forces with First Stop, we think that we can offer an even more memorable service.” 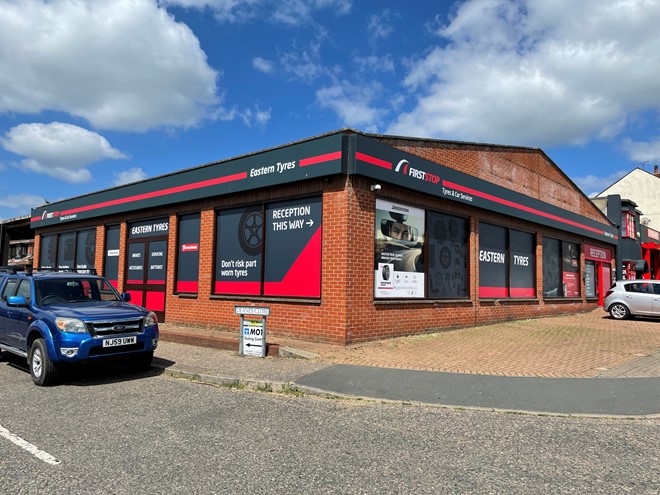